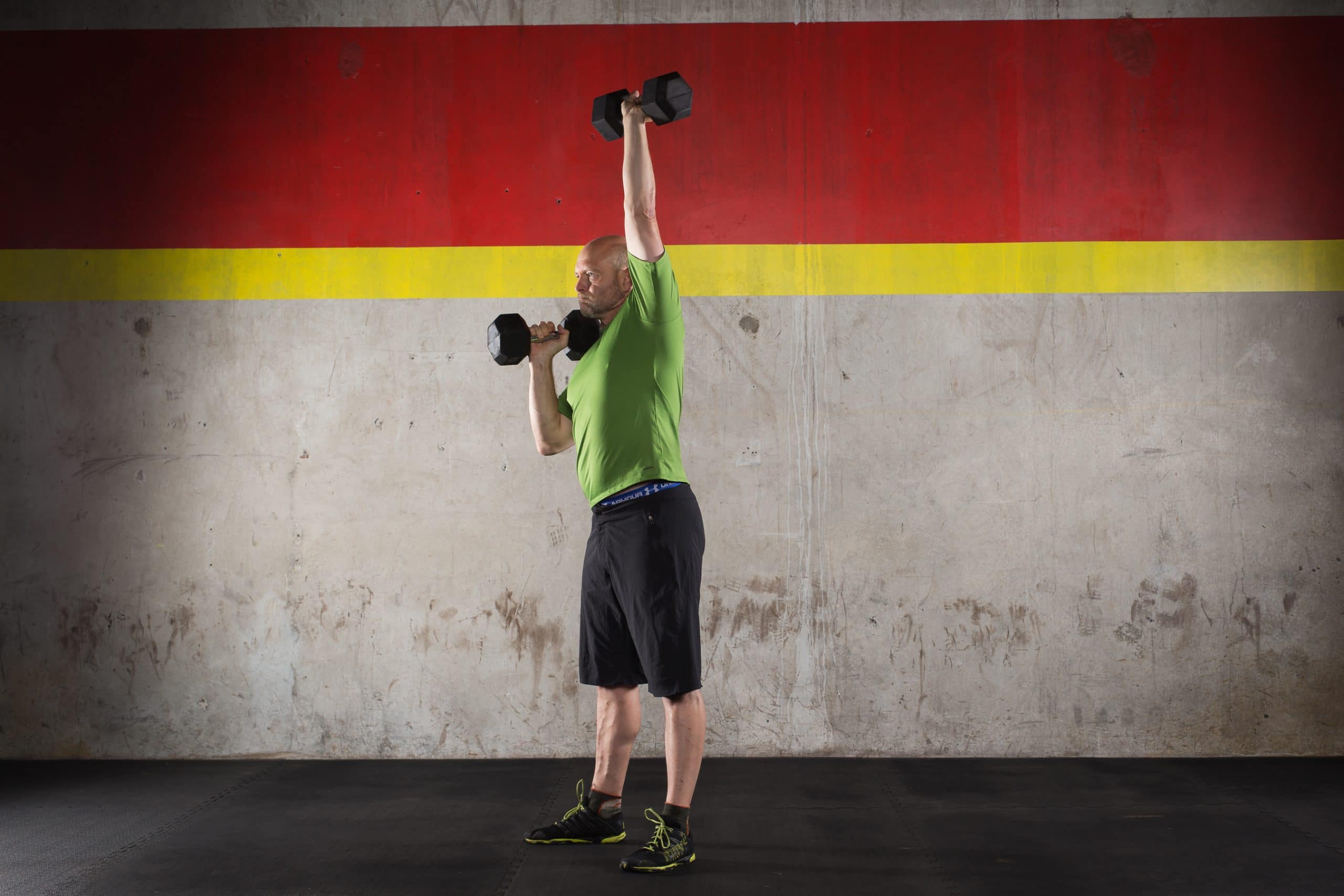 By now, most of the people that know me have probably noticed that I’m very interested in studying and teaching movement skill. I want to tell you why I think it’s so important.

This goes back to the early days of CrossFit Seattle, when the gym was in an old hangar building at Sand Point Magnuson Park. At the time, I was just starting to teach some fundamental gymnastic skills. I could find very little information on teaching this to adults and had to figure it out myself. The handstand is considered the most fundamental skill in gymnastics, so that had to be my first priority. At first, my approach was to ask people to kick up to a handstand position against a wall. For some of our clients, this part was pretty straightforward.

Not so for Dave Shephard. He was strong, a 20 year veteran of the Army Special Forces and was willing to work hard. He thought of himself as athletic. The problem was, he was stiff. He moved with the supple grace of a piece of plywood, a thick one. No matter how hard he tried, he could not get himself into a handstand position. His attempts were so clumsy even he had to laugh. We literally used four people to support and lift Sheppard as he tried to kick into a handstand position. Yikes. Clearly this was the wrong approach.

For me, it was a light bulb moment. Just being strong isn’t enough. You need to be flexible, too. Shephard could move a heavy barbell, but he couldn’t line his arms up straight overhead. He couldn’t move well. Without an ability to move well, to get into a proper position, what good was his strength?

Now, it never crossed my mind that there was some inherent limitation in the way Shephard’s body was put together, that he just wasn’t built for handstands. I just thought his shoulders were too tight and weak in that position. I knew we could change that, but at that time, I wasn’t quite sure how to go about it.

Some of you are probably wondering, so what? If Shephard was strong, why worry about a handstand?

Two reasons: plateau and injury. Think about it. Here was a guy who couldn’t get his arms straight overhead. How do you think he did on presses? How would he do if he were trying to lift something heavy onto a high shelf? What was his body doing to work around the limits of his partly functional shoulders—hyperextending his lower back, maybe?

Most of us have some kind of movement restriction and this kind of limitation affects your everyday life. More than you realize.

As I look around our gym today, I see more people like Shephard. Yes, “I see wood people”. I’ve seen graceless thrashing. For some it’s the shoulders. For others it’s the inability to engage the lats. Some people can’t touch their toes, lunge or squat. These are skills I think everybody needs, but that many people are lacking. I see hips so compromised that all the other movements we try to do are compromised, also.

Those of you who try and try but still can’t seem to get a pull-up, or a muscle up, or an L-sit, might want to think about this. Maybe what you need is mobility, that is, the ability to control your movements through the needed ranges of motion using your own strength. Movement skill.

Figuring out how to teach this isn’t all that straightforward. Over the last year, I’ve been developing a vocabulary of movement so people can see how it all interrelates—how cartwheels relate to military presses relate to shoulder weakness relate to the likelihood of injury. I’ve had to identify what the most essential movement skills are, what is holding us back, and what kind of progressions make sense for adults.

Back to Shephard and the handstand. If all I did was tell him to keep kicking up against that wall until he got it right, that handstand was never going to happen.

Typically, CrossFit would use scaling: rubber bands for pull-ups; lighter weights for squats. There are a lot of skills however, for which scaling doesn’t work very well. We miss developing essential elements if we simply make a movement easier so that you can “do” it. In the Movement Skill program, I’ve been focusing not on scaling but on progressions. What are the qualities needed to do a handstand? To do an L-sit? Then we work through these progressions step-by-step, developing your ability and solving movement problems as we progress.

Stretching, per se, isn’t really what we’re doing. Sure, you will struggle with positions that feel stretchy, but we rarely just leave it at that. We’re training your ability to get all of your body parts working together, on controlling your joints and limbs through the largest ranges of motion possible. That means we’re going to get into some unusual positions. Challenging positions that will expand your skills. And we’re going to develop your strength in those positions.

Working on Movement Skill is not going to feel like a CrossFit workout, a metcon (metabolic-conditioning for those of you not fully versed in the jargon). This is a different kind of hard. Developing your movement skill will change your perception of what “athletic” really is.

I believe that as you move beyond the beginner stage, mobility becomes the most important area of progress. If you can’t get into position slowly and carefully, how in the world are you going to be able to do it fast?

Movement skill training is what I do for myself now, and I’m stronger now than I was as a young Navy SEAL. That’s despite 10 years in between when I had back surgery, got fat and – for a short time – couldn’t walk without a cane.

Some of you are probably going to resist this. You strong guys may find you’re like Shephard – that you can’t do some of the things we’re going to ask you to do. That’s exactly why you need to do them. Shephard worked hard at this and in fact was able to make a lot of progress at his handstand and on moving better in general.

The endgame, after all, is not how many plates you can put on a barbell. The goal is to be able to move better, period. That will make all of your other pursuits more profitable. You’ll earn better times on workouts. Lift more weight. Reduce your likelihood of injury. You’ll be a better skier or cyclist or whatever you want to do. You’ll have more fun playing with your kids and grandkids. Everything is going to improve if you move better.

Movement skill is an essential part of living.

*Chief Warrant Officer (CW2) David Shephard, 19th Special Forces Group, was killed while protecting someone in Iraq, in September of 2005. He was a friend and I miss him. 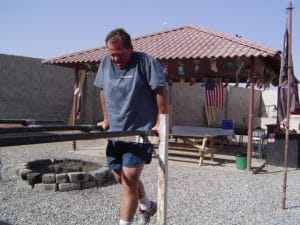 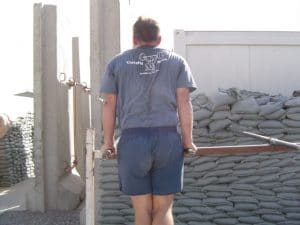 ← Prev: Elastic bands are doing more harm to your pull-up progress than good Next: Handstands - Why Do Them? →